It's official. Malaysia is stuck in the Hallayu wave. Even I have to confess of late i am also stuck in the KDRAMA series ( of the non weepy kind ), how can one resist the sometimes good looking heroes and er ... kinda carbon copy actresses in the show. I used to dislike kdramas because all i got was those weepy, really worst luck (Guy is blind, or some one has a fatal disease, they die etc ) in the world kind of stories. Of late, there are more general funny ones that came out that is worth watching. You can say i was 'k-drama-fied'. So i shouldn't be suprised when i stepped into Daorae recently, and they were kpopped/kdramafied as well. The walls of Daorae Sri Hartmas was adorned with the likes of Rain, U-KISS, did i see SNSD as well all signed and autograph adorning the walls of the shop. Unfortunately my Rain pic had my brother's head 1/2 way there, and i could not photoshopped him away.  I will be very happy if they can bring Lee Min Ho round to the KL parts *hehehehe* 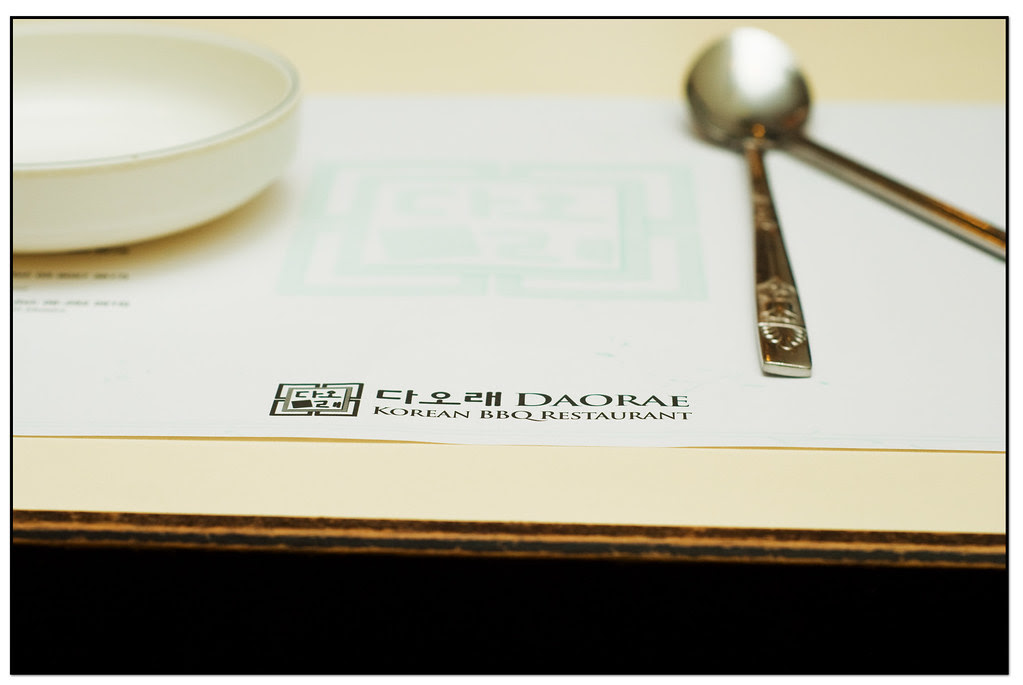 Daorae is my current go to place for Korean food, besides Ko Hyang and my office area's sole Korean shop. However i should start venturing to other areas for Korean food ( just that Little Korea is a wee bit far to go for dinner. Attempted once, food very good. Got lost 1/2 way )

In my first months back to KL, my usual makan gang and i decided to have a "eat together" session. Since i left for overseas work, rarely everyone caught up and during flybacks, it was too short to catch up. Most of the time was spent 1) Sleeping 2) Doing chores that i cannot do online 3) Eating malaysian food to the max.

I haven't been to Daorae since a year back and i wanted to introduce everyone to Makgeolli :)  My preference of alcohol as compared to Soju. I normally don't drink but if i do, i like alcohol that is sweetened. Makgeolli is actually rice wine and served in a chilled cup. It looks like pale diluted milk. Doesn't really smell like milk.  Drinking it before and after you have eaten food is helluva difference. Before we had food, the taste felt like cheap toddy... however after a few bites of food and especially with barbecue, the makgeolli changed taste a more sweetish taste. Weird.  But that's how i felt it tasted like and the more everyone started to drink. Initial taste -everyone was giving me disdainful looks >_<. [ i swear!] But paired with BBQ meat, the sweetish taste started to come out.

Bachans in Daorae is plentiful and unique.  However, we always like the potato salad, which we only got it once after that, it seldom re-appeared.

And then there is more Banchan ..... my favorite of the day is the marinated lotus root.  Think there were cockles or mussels which i passed on ... meh, shellfish. 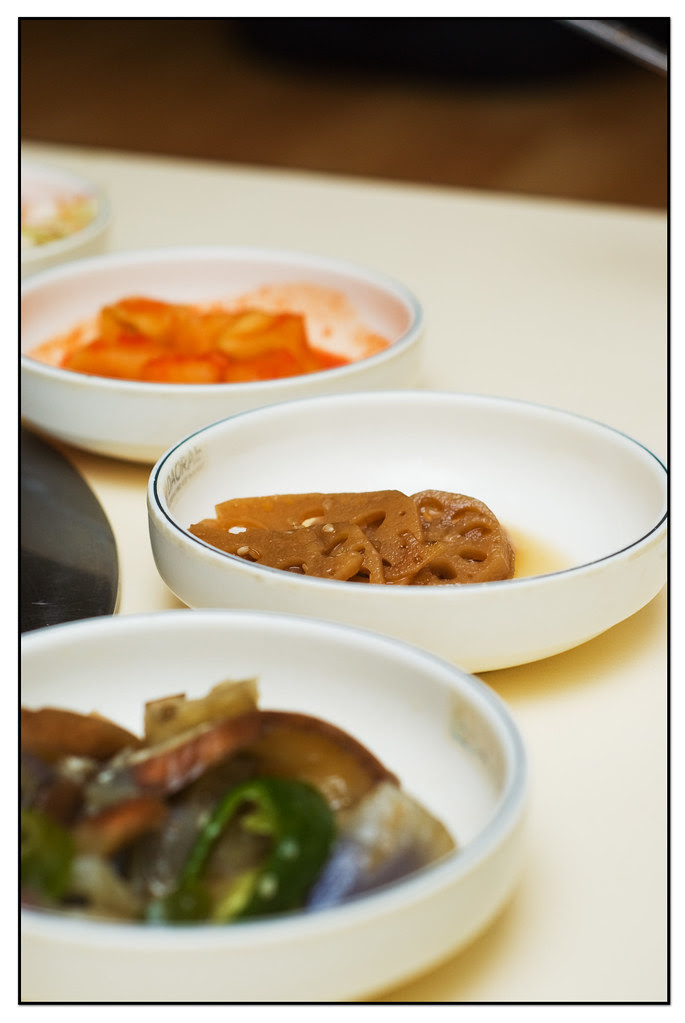 Smelly but otherwise good for your colds food - Kimchi. I find if i am feverish or sick, especially down with a cold, this is a good veggie to take. Firstly, it unclogs your stuffed nose - probably because it is spicy. Gets away your bone aches from flu, because it makes you sweat. And mostly if you are sick, your taste buds are bleh, so spicy food helps. 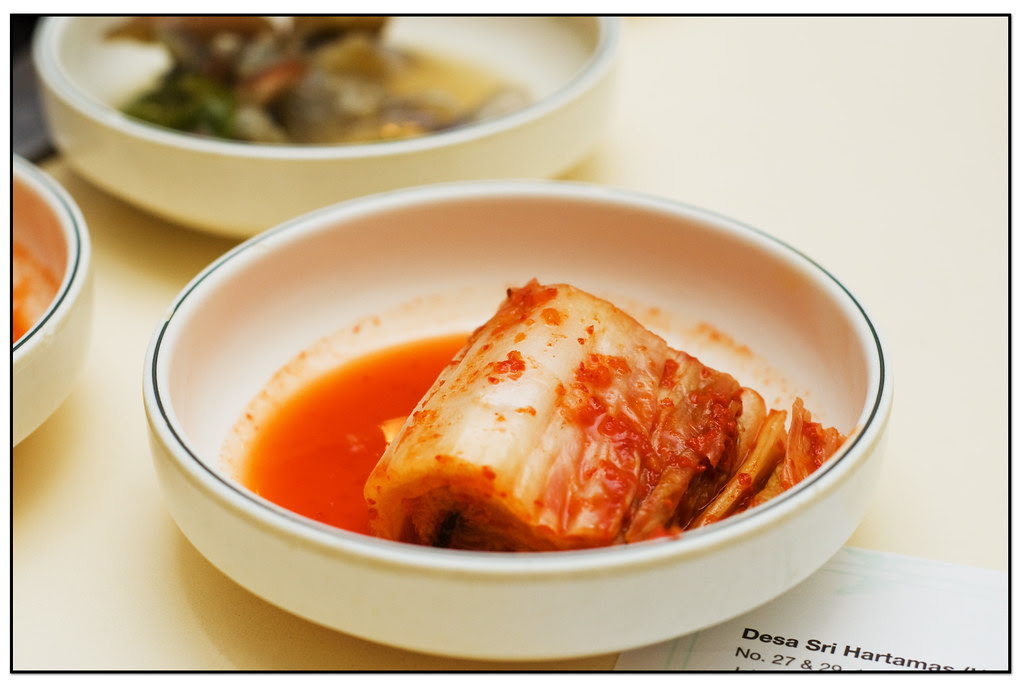 Korean food is never complete without the BBQ meats, we had the usual beef and pork. I can never get my order right of how much is needed but suffice to say their version of Order for 1 persons, normally is enough for the 5 of us.  And naturally - we smell like BBQ meats after that. Whoopee.  Meats in Daorae are flavorful and tender, just as good as Bonga, in Solaris and you can tell it's good by the fact 80% of their customers are mostly their own countrymen. You feel like an "alien" in the restaurant. Even the waiters are young korean chaps. 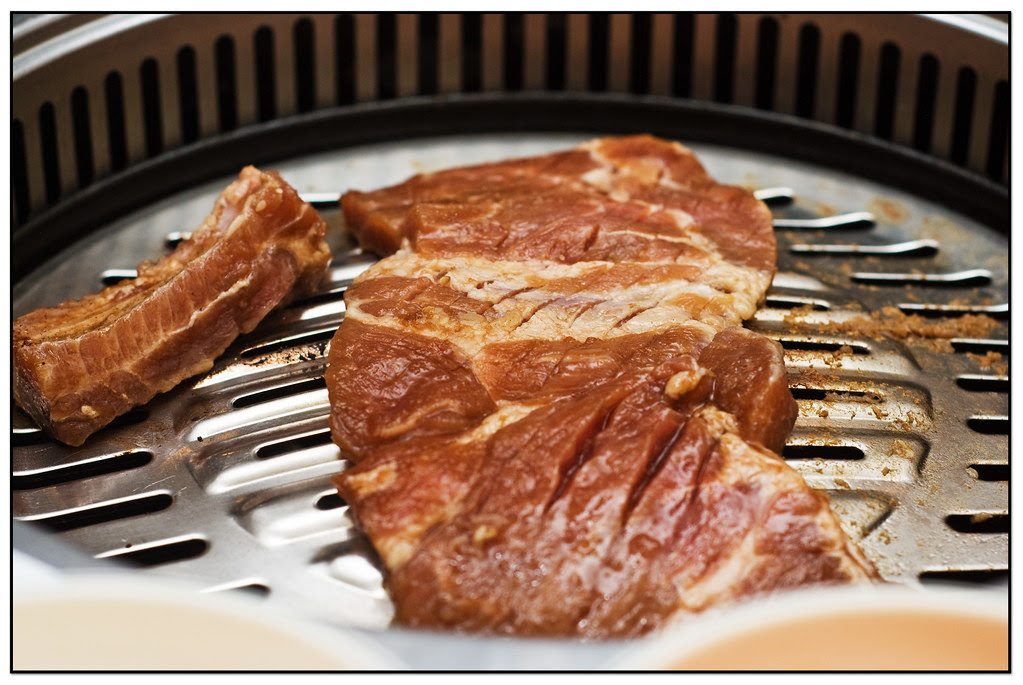 Before you are served your banchans, you get complimentary soup from Daorae, while sometimes we get spicy clear soup with big head sprouts. But this time we had beef with cabbage soup. Quite a nice soup, slightly spicy and good to be eaten with rice. 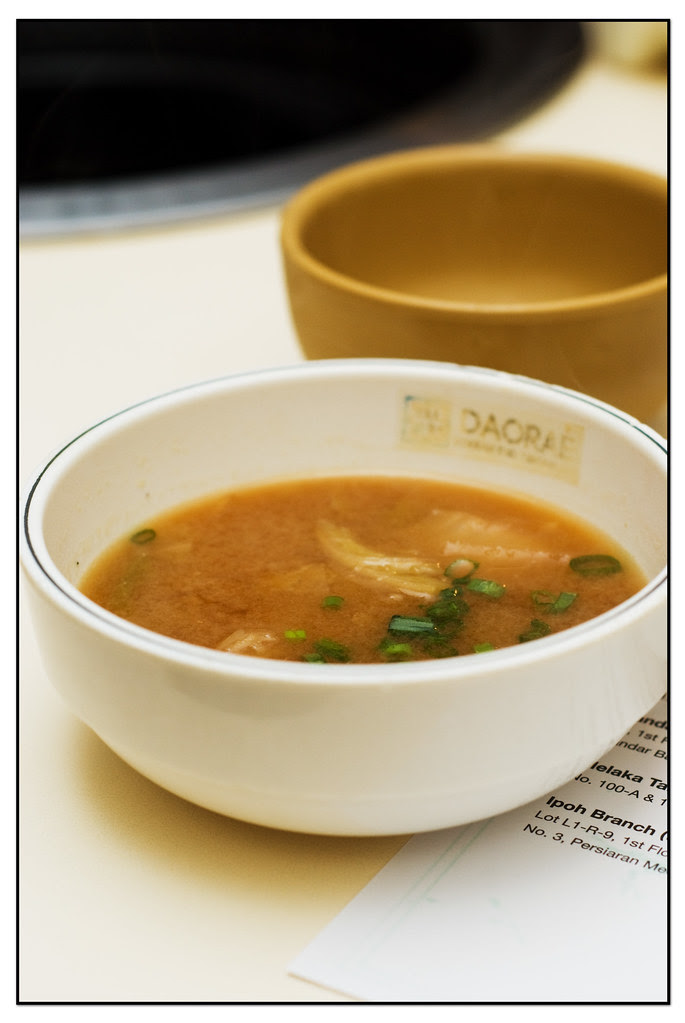 Always favorites of Pajeon and Jap Chae  - Daorae does the best version of Jap Chae i have eaten so far. Normally this dish is finished @ the blink of an eye < ok, serving a bit kecik as well >

We also had this cold pear juice noodle in soup that we all feel is an acquired taste. (Sorry no pic, didn't come out clear )  The soup was sweet because of the pear, initially felt weird but after all the heaty food, it was pleasantly nice. However, if you ask me to eat it on it's own, i'd probably think twice.

Overall good meal - but hopefully i can get everyone to venture to Little Korea in Ampang for other types of korean food :) heard they now even have a blood sausage restaurant in Little Korea ... if you like those kind of stuff. Me? I like safe food.

Paw printed by NekoHime at Wednesday, January 25, 2012
Email ThisBlogThis!Share to TwitterShare to FacebookShare to Pinterest