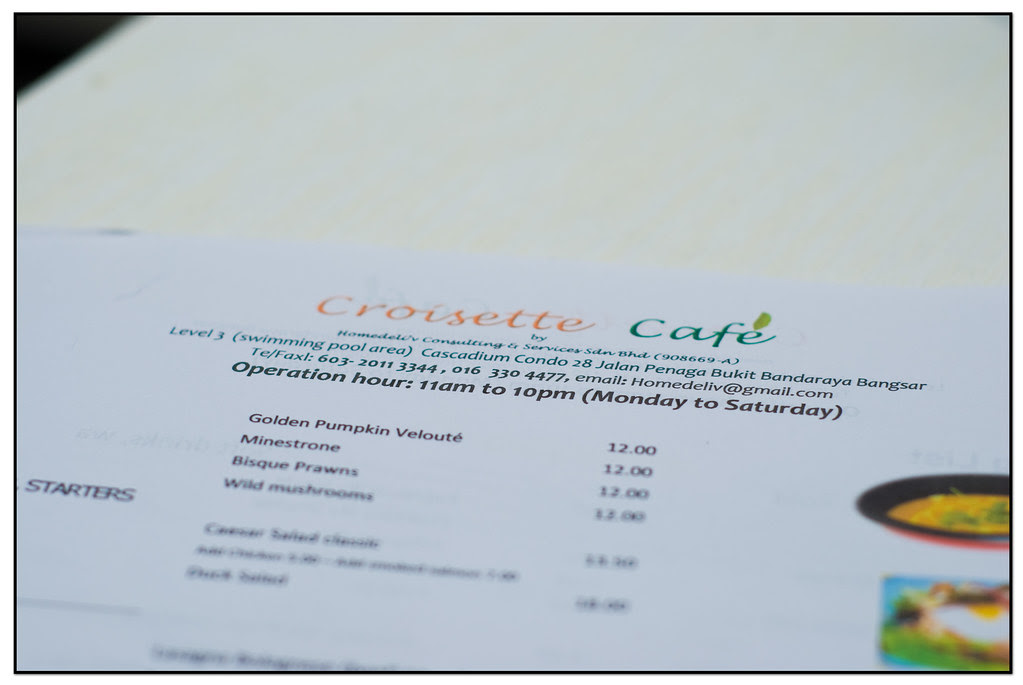 French Food it's Haute Cuisine to many. The epitome of culinary skills < which i lack off >  However, my last attempt (of tasting)  of French food in Nice was not what i quite expected. Chalk it all up to toursity kitschy places tours take you to. And it is hard to find good french restaurants around town ( La Maison in Ampang is one that is pretty good )  without having to pay and arm and a leg for. However, i fancy food from the Burgundy region of France as it is influenced with the use of wines in their cooking bringing out more earthy and rustic flavours. Think Beef Bourginon and Coq Au Vin!

So when scouting other people's food blogs to find out there is a French Cafe in the midst of Bangsar... Voile! One could not resists this.

I heard it is helmed by a French man who has probably been staying in malaysia for some time. And amusingly so, it's situated in an apartment block. For those who are not sure where to park, you can park inside if the visitor's parking is not full. However, for those who have rather large cars... tell the guard not to let you park in those weird shape parking bays right at the front. 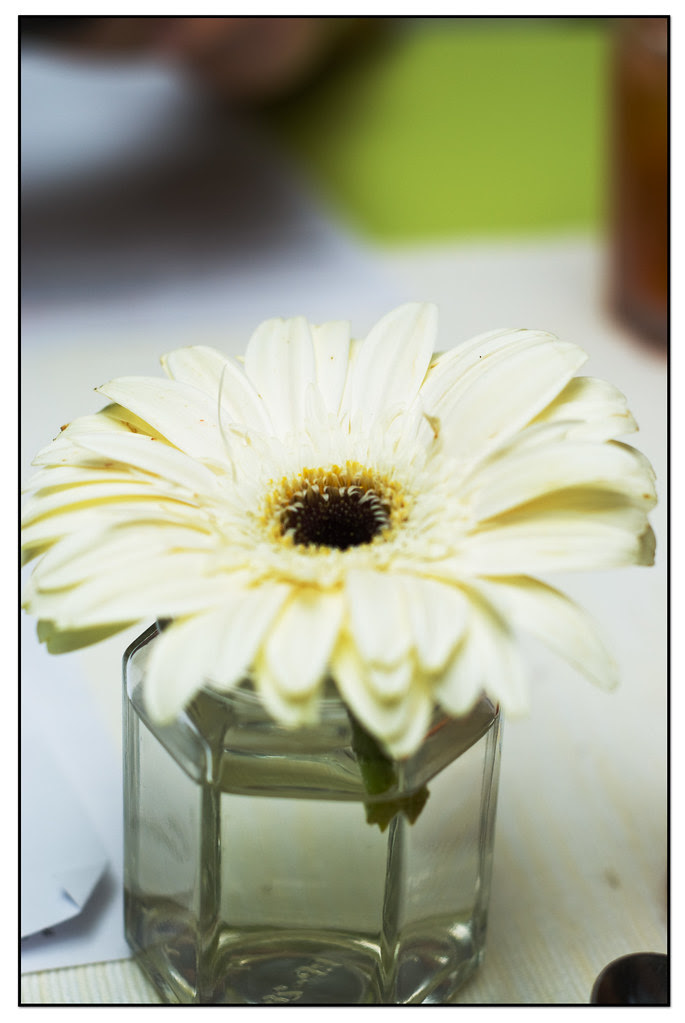 Croisette is not fancy in terms of decor. Its sparse in decoration but with small simple touches such as a flower here and there - I do enjoy simple restaurants like these instead of the over hyped and over decorated places. So place your orders and you wait. And wait. And wait. T_T. Maybe i am not sure, but French cooking is decidedly slower than the rest? A quick peek in the kitchen, i only see a one Chef Show. I didn't even want to think of ordering starters in case i upset the balance of nature by making food later. After about 1/2 hour ( or longer ) food arrived!!

< While this is a typical French Restaurant, they also serve some American and Italian favourites in which you will see in subsequent pictures > 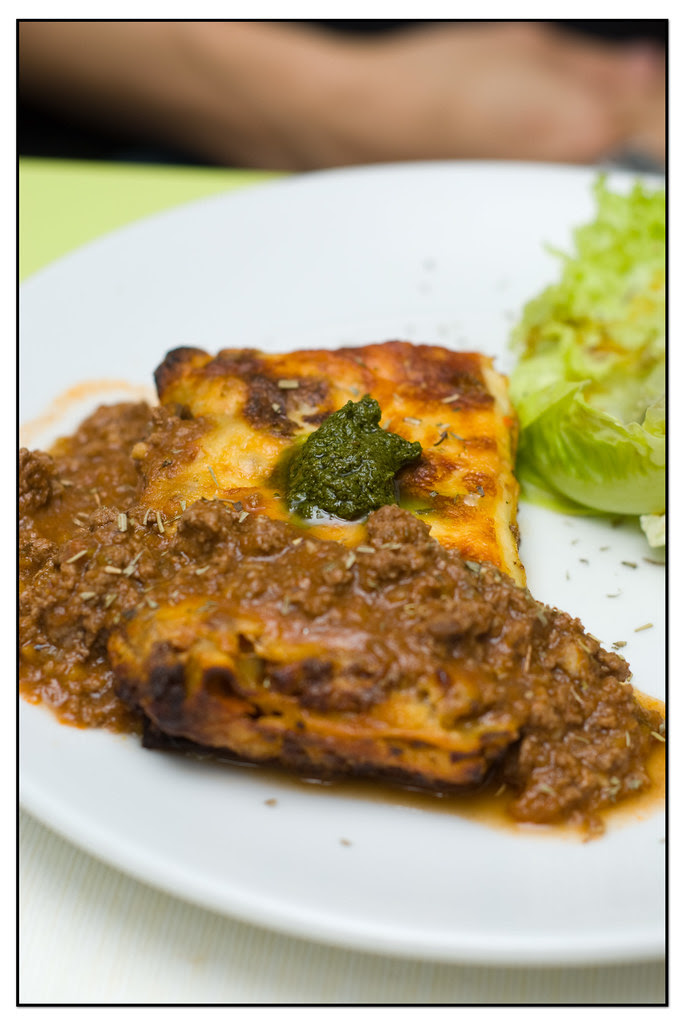 I gather little bro is not a fan of French but more on the Italian side of things. So he went for .... Lasagne ... Yes, Mashi and i went T_T  French Restaurant and Lasagne?  His Lasagne was the first to arrive and mind you extremely aromatic.  And one bite of it, it puts any Italian chef to shame. 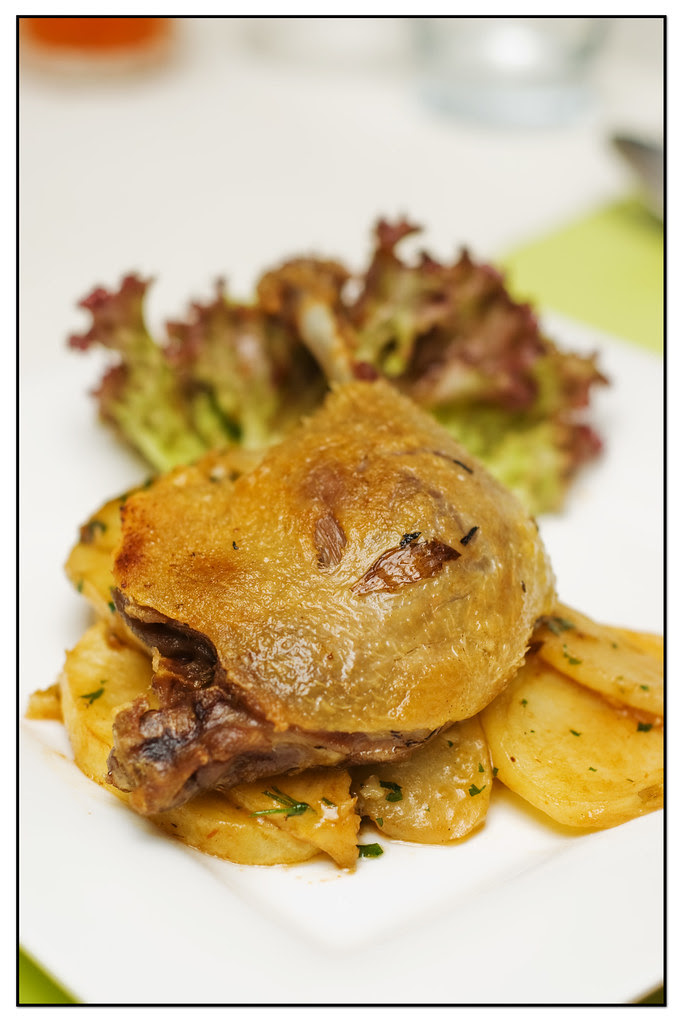 Mashi's choice was Duck Confit - Speciality in the region of Gascony (synonymous to French food) . I must say this is quite a good version i have eaten and came with some lovely rostis ( i think )  Thumbs up for this one. Tender and not dry, it's good duck confit. 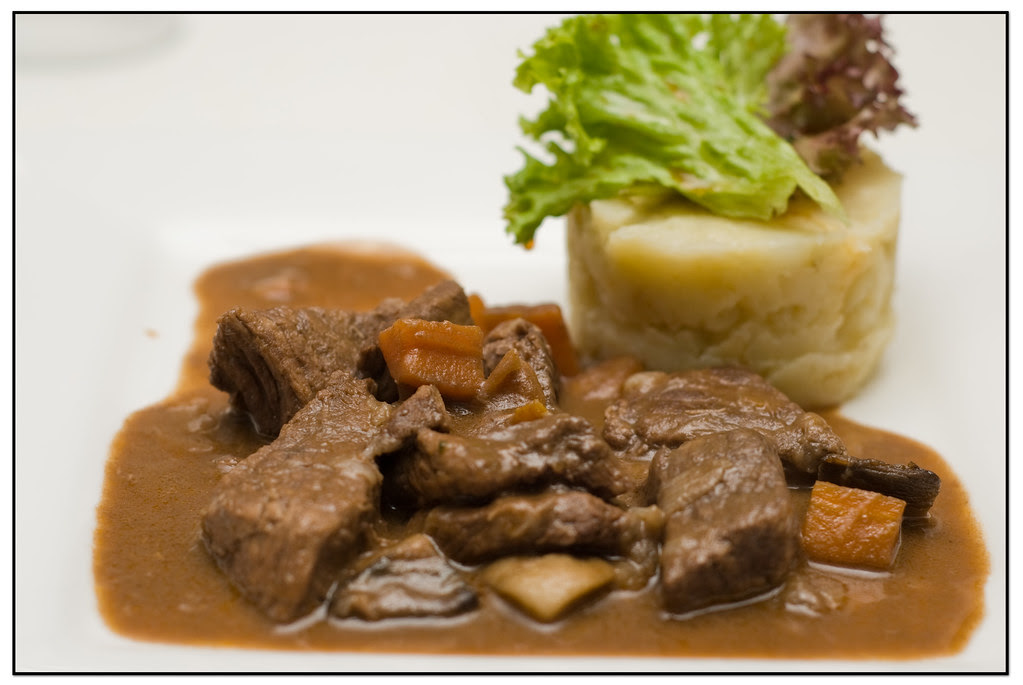 One of the reasons why i suggested this reason because it served Beef Bourginon.... Best dish ever made, basically it's beef stew with red wine. You can eat this with Bread/Pasta or rice ( Malaysian style ) but it is such a hearty dish, you can't go wrong with this. I like all this one pot dishes where there is meat and veggies all thrown in. Actually i am not sure what potato i ordered with but it was quite delicious. Simple. Only wished they throw in a baguette piece or 2 for me to wipe the sauce off the plate! 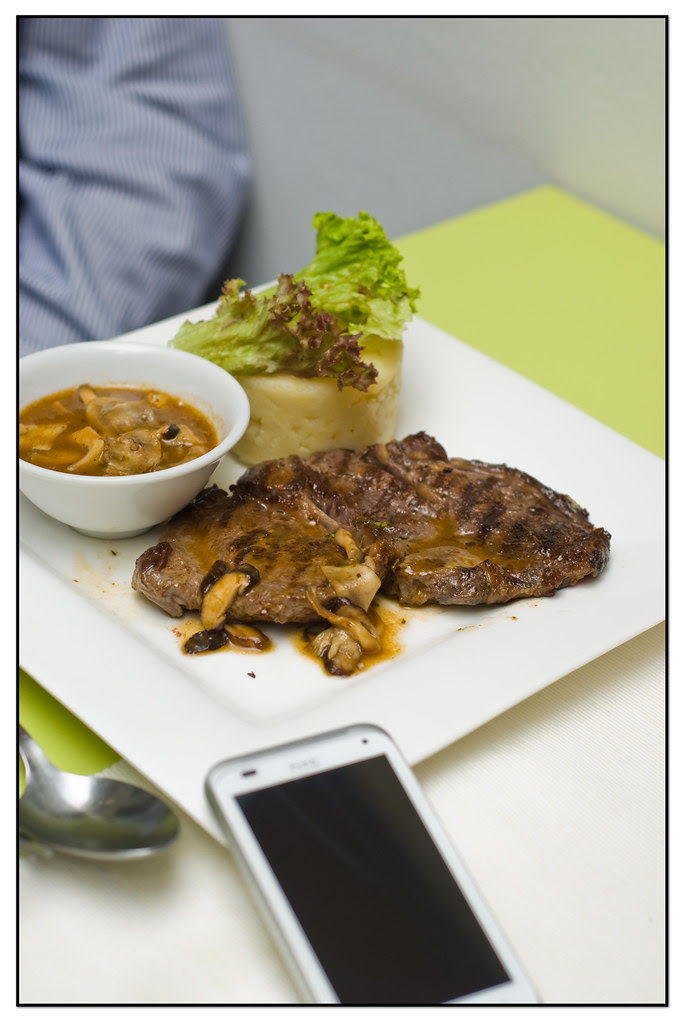 Okay, the other non french food found is a choice of Steak with mushroom sauce. No complaints from Becks though as the steak looks tender and reasonably decent steak. Though he did mention he was still a tad hungry after the steak. 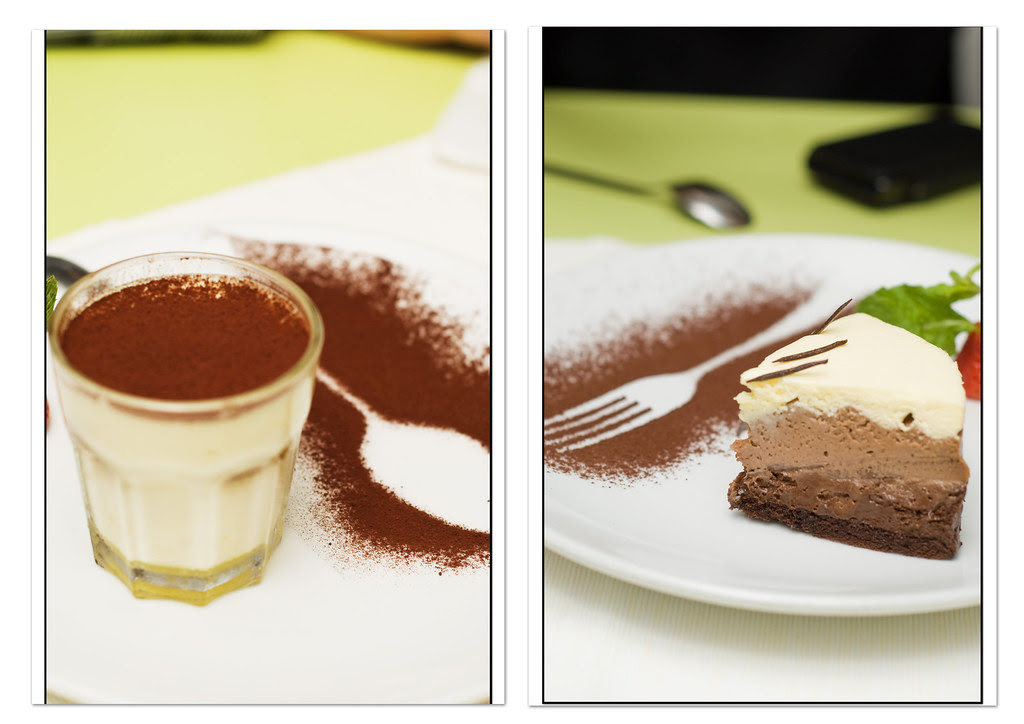 We ordered desserts, originally we opted for Peach Melba but was told it was not fresh so we had  Tiramisu and 3 types of chocolate dessert. I love the chocolate powder sprinkles. Such a sucker for pretty stuff. Taste wise, it's alright. Good that it is not over sweet.

Price wise, Croisette is not very expensive and most dishes are around RM20 but less than RM30. However if you don't mind the wait and enjoy the chit chat while waiting for your grub this is a good place to be. I don't mind coming back to try the Coq Au Vin and other french dishes.